Being originated from the Arabian Peninsula, the Arabic language is counted as one of the most ancient languages in the world. Not only does the history and deep-rooted socio-cultural elements make the language a significant one, but the different dialects, calligraphic forms, and styles have made it unique to foreign learners. Being the road map of a culture, a language like Arabic can definitely enable you to explore a world full of adventure, communicating with millions of people.

A Very Demanding Language In Many Sectors

Not only Arab but Arabic people are spread everywhere in the world. Whenever the Arabic language is an essential requirement, you can push your application to the top when it comes to getting a job. With a level of proficiency in reading, writing, and communicating skills, Arabic speakers will be in high demand in any sector. To meet the incessant global linguistic demand of Arabic, it is safe to say that the aspiring Arabic learners will certainly be going to invest their time in something highly productive in the long run. Besides, the middle-eastern countries have grown economically by leaps and bounds in the last two decades. So, speaking their language will probably be beneficial for you.

One Language, Millions of Speakers

With nearly 300 million native speakers across the globe, you can get in touch with people to know their socio-cultural background and foundation. Plus, the massive economical structure in Arabian countries will allow the Arabic and English speaking persons to open up opportunities to travel, work, and explore in all of these Arabic speaking countries. So, amidst the pandemic situation when you’re bored at home, you can learn Arabic online thanks to the multiple language learning programs available online. Besides, the fact that you are learning one of the official languages of the United Nations is itself an achievement to brag.

A Deeper Understanding of Arab Culture

The Arab region has always been an epicenter of Semitic civilization and culture. Not only does it give birth to its own rich historical background to cherish, but it also influences the European culture to some extent. This is the reason why many European languages have Arabic words embedded into their vocabulary. So you can imagine how deep the root of the Arabic language is in terms of its socio-cultural influence beyond the border of Arab. Taking online Quran classes will give you greater access to the exotic Arabian culture and its values. Often the Arab culture has been misinterpreted through the lens of Western thinking which is wrong. Learning the language will help you to break a lot of preconceived notions you might have regarding Arabic culture and its people.

If you’re an avid traveler or vlogger who wants access to the heart of the Arab people to know how they are doing, speaking their voice will certainly be beneficial. Once you master the language, you can travel without worrying in all Arabic-speaking countries and talk to as many people as you want. You will get a lot of quality content for your travel vlog. Speaking to the local people will also enable you to get a clearer picture of what’s going on in their communities. Experience true Arabic hospitality from the locals once you start speaking their tongue. Meet a lot of great people throughout your itinerary and make a memory of a lifetime. It all starts when you know how to speak Arabic. In a way, you can also promote intercultural understanding.

For a Better Understanding of Other Semitic Language

Just like the languages like English, Spanish, Portuguese, French share the same Roman alphabets, Arabic has its own similar languages as well. Languages such as Turkish, Farsi, Urdu have so much in common with Arabic. Right from the alphabets to grammatical constructions, these languages are closely related to Arabic. So, learning Arabic will help you to understand holy Quran and this group of languages easily. Isn’t it cool?

Did you know that learning Spanish in the southern states of the US who share their border with Mexico will give you added advantage in the professional sector? It is due to the influx of the Hispanic population in these states, the product, and service-based companies are keen to reach out to the huge amount of the Hispanic population at a go. Not only in states like Texas, but in New York, which is the economic capital of the world, mastering a foreign language will keep you ahead in the competition. Being an Arabic foreign language instructor or an interpreter, you can withdraw an annual salary of as high as $112,000.

In the age of the internet where multiple language learning platforms are actively promoting the importance of learning a foreign language, there shouldn’t be a reason to lag behind. Start your first class today. 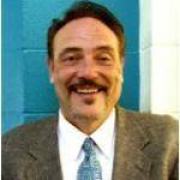 A Guide on the Use of VR Technology for Entertainment Purpose

Most Recommended Psychologist in Jaipur

Why Influencers Should Be a Part of Your Nonprofit Marketing Strategy

Take Customer Experience to the Next Level With 7 Tricks

Comparison of ActiveCampaign vs Plezi
2 hours ago